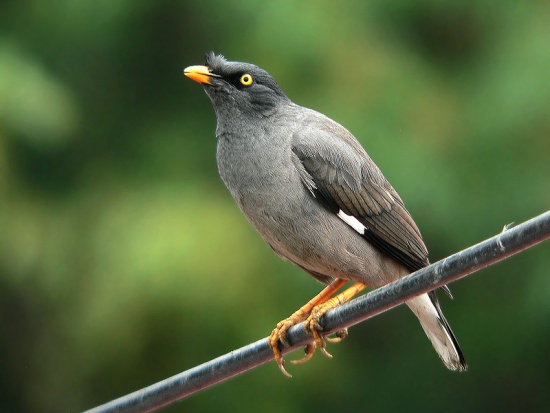 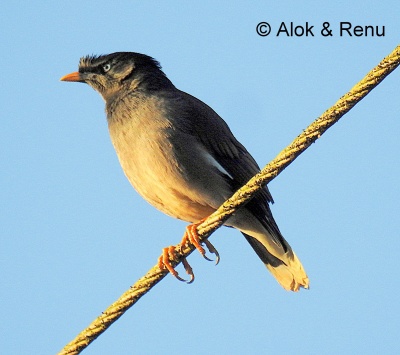 Sexes similar. Juveniles are muddy brown and have an all yellow bill.

Found on the Indian Subcontinent and east to Burma and the Malay Peninsula.
Introduced in Fiji (from where it colonized Samoa) and possibly Taiwan.
Locally common and considered a pest in parts of its range.

Has been considered conspecific with Great Myna. Some authorities also include Javan Myna and Pale-bellied Myna in this species.

Breeding season from January to July. A monogamous species, often multi-brooded. Often breeds in colonies. The nest is placed in a tree hole or an artifical hole. Lays 3 - 6 eggs.

A resident species with some seasonal movements in some regions.

Search for photos of Jungle Myna in the gallery

Search for photos of Jungle Myna in the gallery