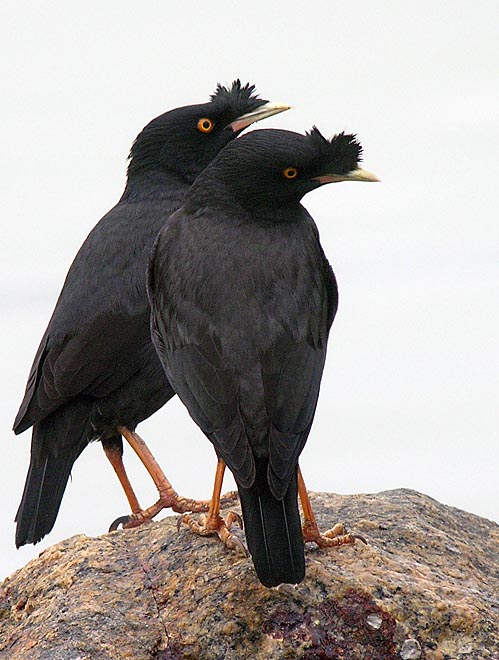 Sexes similar. Juveniles are browner, have a smaller frontal crest and a bluish eye. 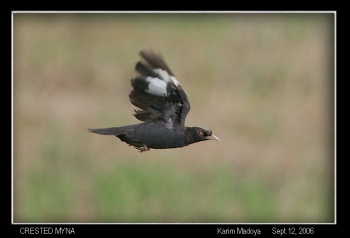 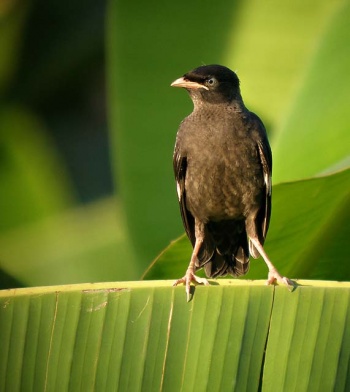 Urban parks, gardens and harbours. Paddyfields and lowland forest edges.
Race formosanus is now a shy bird of the mountain forests. Its former range did include the lowlands but it has been displaced by the introduced Javan Myna (Acridotheres javanicus)

Breeding season April to August. It is a colony nester which nests in cavities which the bird fills with sticks and vegetation. The 4-7 glossy green blue eggs are incubated by both sexes for 14 days; the young fledge 21 days later.

Call varied and can imitate other species and sounds.

Search for photos of Crested Myna in the gallery