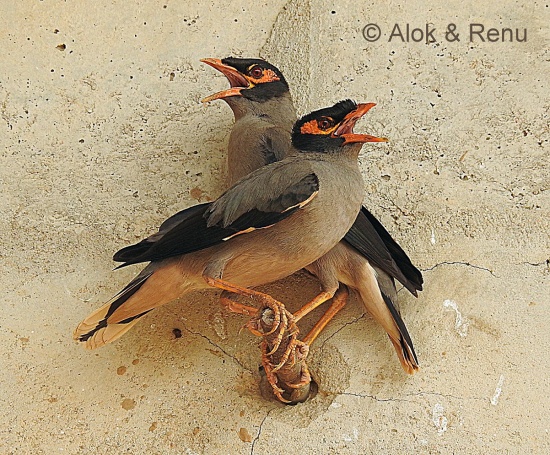 Sexes similar.
Juveniles are duller and browner with paler buff markings on wings and reduced buff on tail. 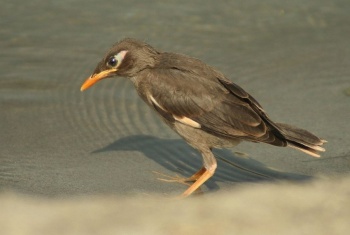 Introduced in Japan and United Arab Emirates, also reports from Kuwait, Oman and Saudi Arabia. A rare exotic in Taiwan, but no proof of breeding.
A common species in most of its range.

This is a monotypic species. 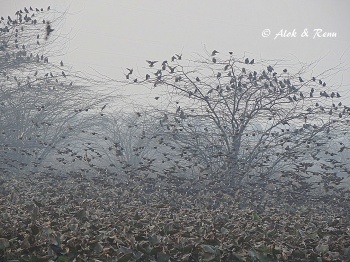 Forms large communal roosts all year, often in sugar cane or reedbeds, also in trees or on buildings.

Breeding season mainly from April to June. A monogamous species. Excavates a tunnel in a river bank for its nest. Lays 3 - 6 eggs.

A resident species with some seasonal or nomadic movements in its range.

Recording by Alok Tewari
Keoladeo National Park, India, June-2017
Individuals of a feeding party moving through canopy and dry branches and calling on a very hot afternoon. All calls in this recording are by Bank Mynas, only.

Search for photos of Bank Myna in the gallery