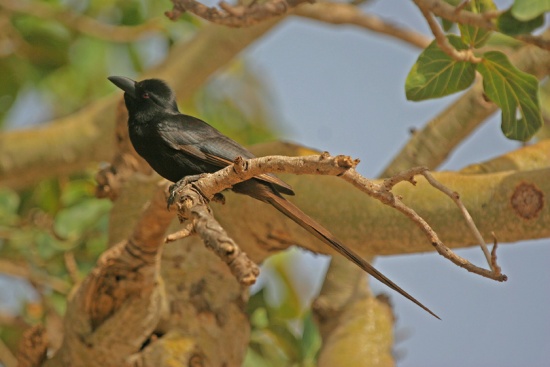 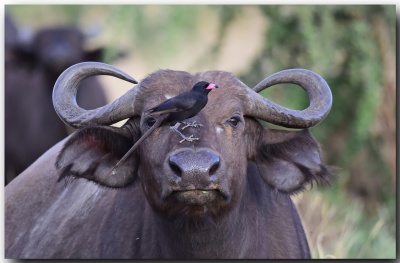 Sexes similar. Juveniles have a pinkish bill and brown eyes.

Central Africa from Senegal on the west coast, eastwards in a broad band to Sudan and southern Ethiopia.
Widespread and common in parts of its range.

This is a monotypic species[1]..
Has been thought to belong to the starlings but recent studies show that is most closely related to the Central Asian ground jays (Podoces) and to Stresemann's Bush Crow (Ericson et al., J. Avian Biol 36: 222-234, 2005).

Savanna with trees and patches of woodland. Forages in cultivated land with fields and pasture and small associated towns and villages.

Diet includes insects, invertebrates, carrion and fruit.
Forages mainly on the ground, usually in small to rather big, noisy groups.

The breeding season depends on the local rains. They build their nests in trees, often a palm, and use palm leaves, grass stems, and mud to form a cup which is lined with palm fibre. 3-7 pale blue eggs are laid. Reports on cooperative breeding with up to five adults feeding three nestlings.

Mainly a resident species but some wandering seems to occur.

Search for photos of Piapiac in the gallery