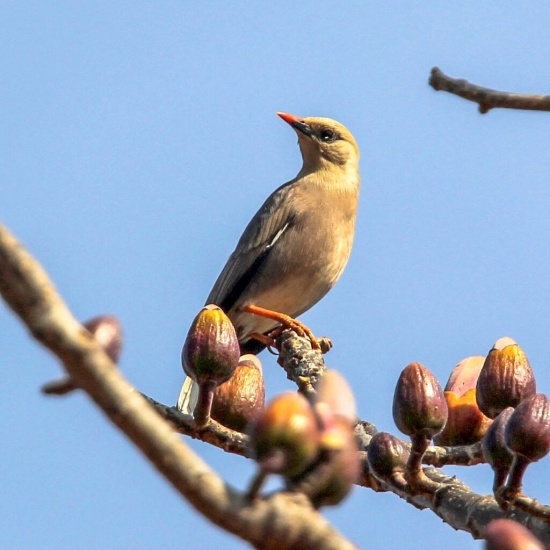 Sexes similar. Juveniles are duller, have a brown crown and a brown eye. 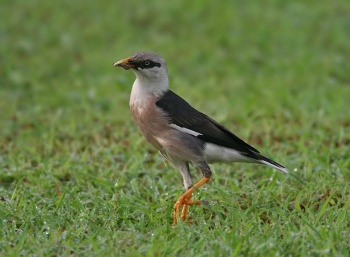 Leucocephalus is generally darker and has a pale neck collar.

Found from Burma southeast to extrem southwest Yunnan (China), Thailand (except northwest and south), Cambodia, Laos and Vietnam (except north).
Records in peninsular Malaysia and Singapore may refer to vagrants or escapees.
Rare exotic in Taiwan but not established there.
Fairly common in its range.

Often placed in genus Sturnus.
May form a superspecies with Black-winged Starling.

Feeds on fruit and insects. Forages in pairs or small flocks mainly on the ground. Forms large and noisy communal roosts in bamboo, reeds or sugar cane.

Breeding season from April to November. The nest is placed in a tree hole, under house eaves or in a thatched roof.

Search for photos of Vinous-breasted Starling in the gallery